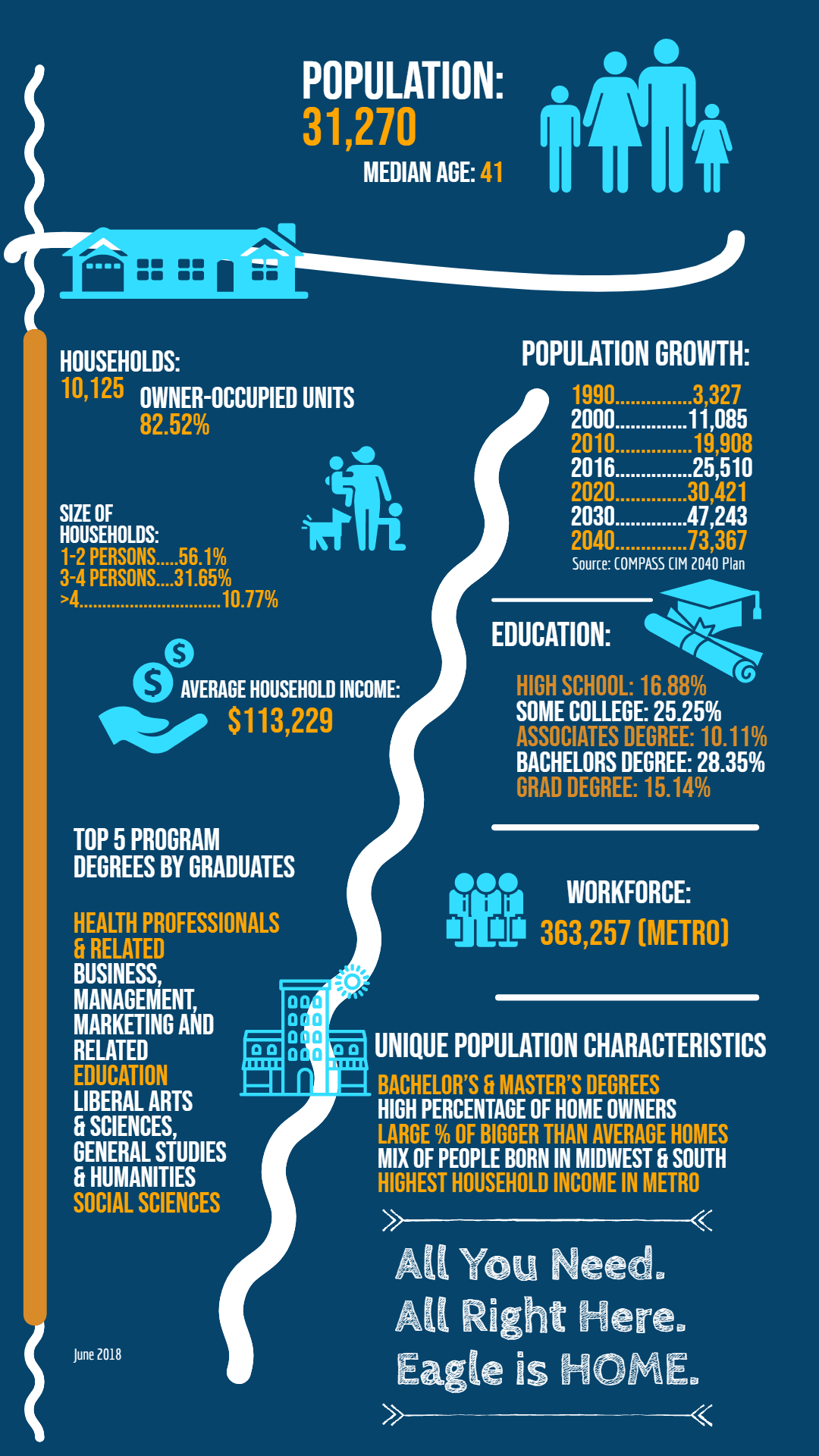 Although our city is experiencing rapid growth, we remain true to our small town values of commitment, collaboration, friendliness, support, and fairness to our residents and business community, with a respect for the natural environment.

Eagle is fortunate to have a population that leads the metropolitan area and region in both high-income earners and educational attainment.

53.6% of Eagle citizens have a college degree.

A significant percentage of Eagle’s housing stock is owner-occupied which shows a long-term commitment to the community.

For a more in-depth look at Households, view the Households page.

For a more in-depth look at population, view the Population page.